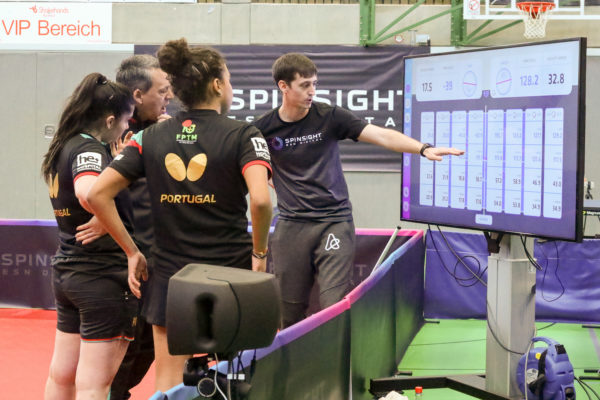 On April 19-22 the first ever Research Training Camp was conducted by ITTF High Performance Development supported by Spinsight ESN Digital – a pilot project where high performance coaching met science and digital technology. At the Shakehand Arena in Bad Königshofen, Franconia, Germany eight very talented young players and four very skilled coaches from altogether five countries gathered. The main reason was to approach and work intensely with Spinsight, the unique new technology for digital table tennis training which delivers exact measurements on all ingredients of playing the ball – the spin, speed, placement, and height over the net and table.

Hermann Mühlbach, Spinsight´s Senior Digital Training Expert, guided the players and the coaches through how the result on the screen should be interpreted to find the holy grail of each individual player´s performance. ”We did a performance test”, Hermann Mühlbach explains. ”ITTF High Performance Elite Coach Massimo Costantini wanted to get benchmarks for the player´s stroke quality. In the near future we will meet again to repeat the measurements. Then we can detect which impact the numbers and the advices that came with them has had on the player´s development.”

Different things were measured: maximum spin in the forehand and backhand loops against block and backspin respectively. Speed in the legs. Reaction. Service. And additional tests on individual needs. ”Until now we coaches have watched our players and we have given feedback on their performance from what we see”, Massimo Costantini concluded during the work with Spinsight at the camp. ”With the new digital possibilities we get objective data in real time. This technology has definitively the potential to change the way of training,”

Benjamin Braun, Spinsight COO, was delighted: ”This camp was an important milestone for both ITTF HPD and us. We are glad we could support and meet the highest requirements. We thank Polona Cehovin and Massimo Costantini for the opportunity, the trust, and the great collaboration.”

Letting facts direct the training instead of guessing. Spinsight is a game changer for the players, the coaches and for the sport on the whole. The evaluation from the camp confirmed such high expectations. The experience concerning Spinsight and the digital exact numbers that the innovation provided, was extremely positive. Rating the overall experience, insights, becoming aware of differences, improvement potential of the certain parameters of the strokes – and how eager the participants would recommend the digital system to a friend was given grades. The total sum landed on 323 out of maximum 330 points!

”I really enjoy the experience and I will never forget it”, one player put it. ”From now on I will use the insights in my game”, said another.”It was good to see my best strokes and worst so I can improve them”, added a third. In August the same team will gather again in Bad Königshofen to repeat the tests in a second ITTF Research Camp. And with new exact numbers they will then be able to establish how much they have developed their game since April. 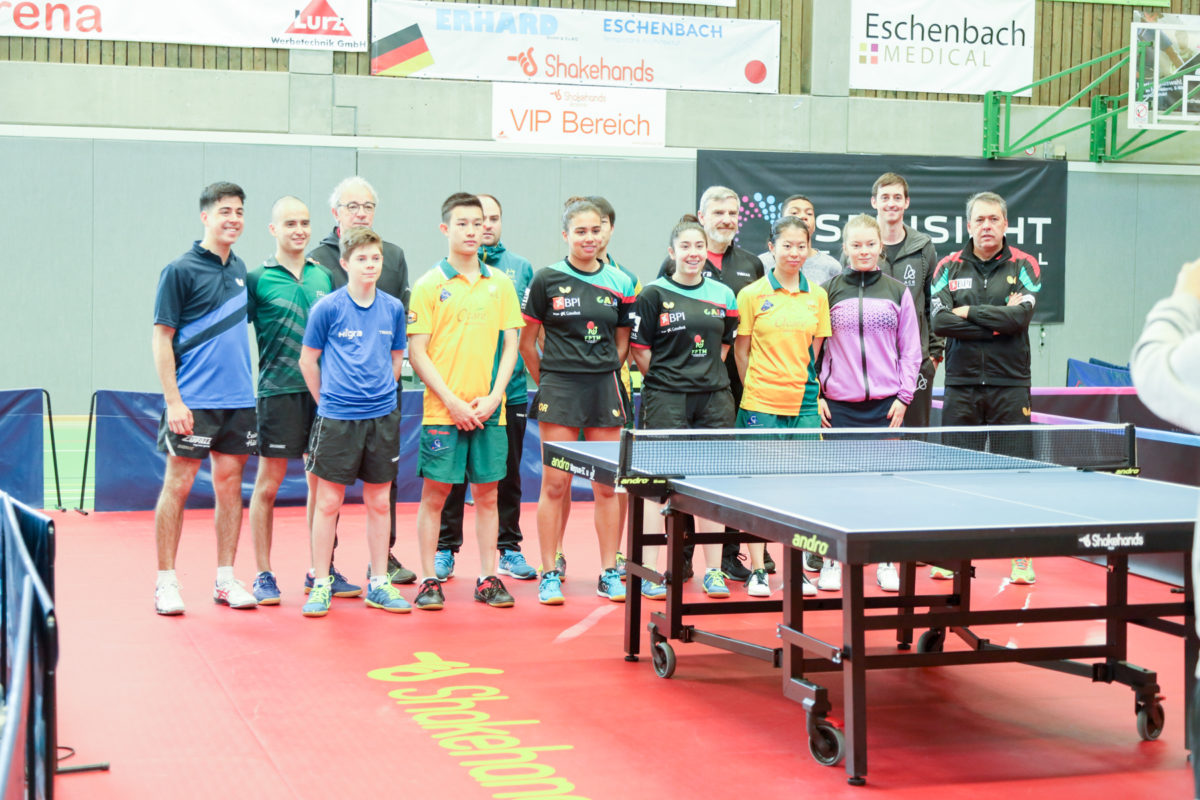